Everyone remembers their first "X".  Last Thursday, I spent the day in Cambridge at the TechStars Boston office.  It’s in Central Square, just down the block from where I lived for four years while at MIT (351 Mass Ave) and around the corner from my first office (875 Main Street).

Feld Technologies very first address was 7310 Hillwood Lane, Dallas, TX  75248 (the house I grew up in).  At some point the address changed to 351 Mass Ave, Cambridge, MA  02139 (my frat).  I wonder how many other companies used that address at one point or another.  In 1987, my first real business partner Dave Jilk joined me and we decided we needed an office.  Somehow we ended up at 875 Main Street, directly behind our fraternity.

Bill Warner took this great picture of me standing in front of it Thursday night.  We were on the fourth floor – the top left window that you can see in the picture was actually my window. 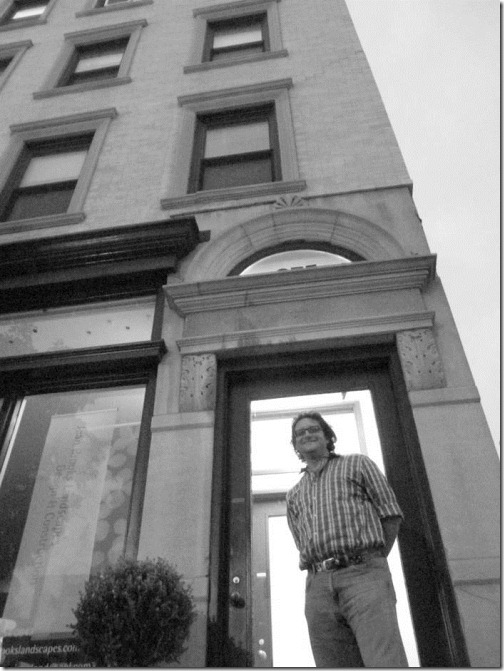 I can’t remember the length of time we had the office at 875 Main Street, but it was less than a year.  At some point we realized we couldn’t afford an office and Dave and I moved the company into our apartments (at which point Feld Technologies official address became 6 Faneuil Hall Marketplace, Boston, MA  02109 (at the time it was an executive office suite – we simply had a mailbox there).

I’ve had many different offices since then, but I’ll always remember my first one.