The Metaverse Is So Very Fragile

I’m still really cold this morning and I’m dreaming of a time when I can put my meat puppet into hibernation for a while and just romp around in the metaverse.  Then I lost 30 minutes of my life to “restarting my connection to the metaverse” and it reminded me that if I went into hibernation, there’s a pretty good chance the metaverse would crash and I’d be in suspended animation forever. 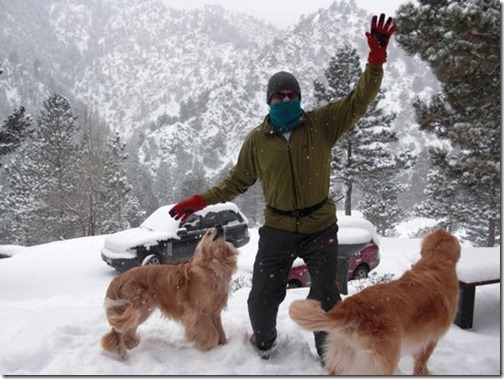 It started while I responding to a Facebook message from a friend who is a senior executive at AT&T.  I twhined (whine on twitter) last night that “I think AT&T might have lost me today.”  He saw this message and this morning I woke up to a Facebook message from him asking “I see you had a bad experiece with AT&T, something I can help you with?”.  I give my friend (and – by reference AT&T) – huge props for reaching out.

As I was responding about the tragic AT&T iPhone coverage in Boulder along with the noise yesterday that AT&T was exploring trying to give high-bandwidth users incentives to reduce or modify their usage (which the pundits immediately turned into “AT&T is going to charge high-bandwidth users more”) Firefox crashed.  This was the second Firefox crash I’d had this morning so I decided to reboot.  Rebooting hung so I forced reboot.  Ten minutes later W7 and all my apps were running again (of course, in this process, W7 installed an upgrade) but I had no network.  I messed around on my computer for a little while but quickly checked my iPhone which also had no network (via my home WiFi).  I stumbled around in the dark, found my Comcast modem, and reset it by unplugging it from the wall and plugging it back in.  I sat and meditated for about five minutes – eventually I had Internet connectivity again.  However, the message to my AT&T friend that was half completed was gone when I brought up Facebook again (no surprise there, just more reinforcement of how fragile it all is.)

I’m feeling mentally bipolar about all of this.  It’s absolutely incredible to me that this stuff even works.  The range and pace of innovation is awesome.  And when I project out 20 years my brain explodes with joy and anticipation.  Yet, as I watch the little cylinder shaped LED on my laptop computer light up as the hard drive is pinned, I shudder a little.

Did I say that I’m cold?