Is Astroturfing Coming To Social Media? 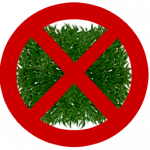 I hate astroturfing. I think think it’s the lamest form of promotion and advocacy possible. It’s the opposite of authenticity and the antithesis of the brilliance of Twitter.

Last week I tweeted about one of my investments and a number of people replied. After each reply, the founder of a competitor tweeted out his own message to the @replies that responded to me. After a few I became annoyed since his @replies were both (a) unwelcome and (b) cluttering up my stream. I considered blocking him but then decided to think about it some more.

I’ve seen this strategy a few times. A competitor tries to piggyback on another company and intersect the stream and inject “look at me – my thing is good also” into the mix. I haven’t decided if this is brilliant or stupid, but after chewing on it a little it felt like a derivative of astroturfing to me.

Now, unlike astroturfing, it’s merely a low grade tactic to get attention one by one in the Twitter stream by intersecting existing interactions. In some cases, I’m sure people will be intrigued by it. In others it will feel spammy. And in others it will be ignored. I also think it’s a stupid competitive approach, which reminds me that I have a bunch of posts to finish up about competition which are sitting patiently in my drafts folder.

My concern isn’t the one off dynamic, which I don’t think has much real impact. It’s when this becomes a social media strategy. It’s inevitable that this will scale up and pollute the conversation, changing the signal to noise ration. The awesome thing about Twitter is anyone can follow you. But they can also @reply to you. Of course, they have to follow the other person copied for them to see the message, but that’s an easy thing to do. Once someone builds this into a social media dashboard and automates the “identify-keyword, add, @reply-message” function, it’ll get yucky fast. Especially when political campaigns get hold of the idea and really start astro-twitter-turfing.