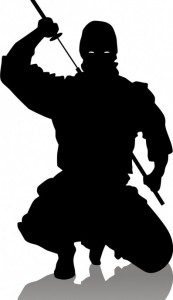 On my run yesterday in Central Park, I was thinking about the characteristics of some of my favorite companies. Suddenly a phrase popped into my head about what ties all of these companies together – they are the silent killers.

When I look at the Foundry Group portfolio, we’ve got a bunch of them in it. They don’t spend a lot of time trying to get written up in TechCrunch. They often aren’t based in the bay area. Their CEO’s don’t run around bloviating about what they are going to do some day.

They just do it. And suddenly they are $10 million, or $20 million, or even $50 million revenue companies. Before anyone has really noticed. Without any real competition. They are the unambiguous and dominant market leader.

But they sneak up on you. They don’t waste their time hyping themselves. They don’t run around trying to get VCs interested in what they are doing. Rather, they just do. Their twitter streams are filled with substantive stuff. Their blogs are about their product and how it is used. Their people are everywhere they need to be, and spend almost no time being places they don’t need to be.

These are the silent killers. And I love them.