A Workshop for Colorado Food Entrepreneurs in Hotchkiss, CO – June 21 and 22 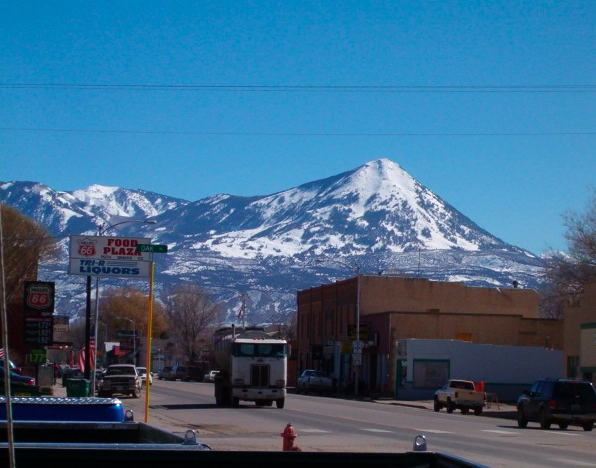 Boulder is the starting point for the natural foods industry, dating back to the founding of Celestial Seasonings in 1969. A year ago, the New York Times had a long article titled Foodies Know: Boulder Has Become a Hub for New Producers that explains why Boulder is so popular among natural foods companies. The number of food meetups and events in Boulder (including Startup Weekend Boulder Food + Tech) as well as events and initiatives all around the state of Colorado has reached a critical mass. Our friend, Kimbal Musk, who according the the New York Times Wants to Feed America, Silicon Valley-Style is based in Boulder (and, ahem, not Silicon Valley.)

I’m also excited about the startup activity outside of Boulder/Denver. My partner Seth and I have been actively involved in the creation of The Greater Colorado Venture Fund that launched earlier this year to support entrepreneurs in smaller communities in Colorado. I’ve been involved in Startup Colorado for almost a decade now and am proud of their emphasis on supporting entrepreneurship in all shapes and forms outside the Front Range.

An event in June brings these two dynamics together. If you are an entrepreneur or investor in a food related startup, ENGAGE Delta, Naturally Boulder, and Startup Colorado are bringing the foremost experts in the food industry from across the state to help go from recipes to products and products to profits. The event is 6/21-22 in Hotchkiss. I know Hotchkiss well as Amy has family there and I’ve spent many long weekends there. It’s a beautiful spot for an event like this.

You can RSVP to the event here and make sure to enjoy some good food for me.

I can’t make angel investments in tech companies anymore because of my Foundry Group fund agreements. So I’ve been making angel investments in food companies. Justin’s Nut Butter, Rick’s Picks, Blue Bottle Coffee, and Quinn Popcorn are some recent examples. I figure if things don’t work out at least I can eat some of the inventory.

I ran into the guys from Barnana at an event in San Diego a few months ago. Matt and Nikk came up to me with a Box of Barnanas and said Brad we’re in the banana business, and we think you’ll like our banana snacks. They literally handed me a box of bananas, filled with these delicious organic banana snacks called Barnana. They have since vanished into my stomach. They are insanely good.

I’ve stayed in touch with Barnana guys as they have continued to grow into new channels and regions. They are now launching the Rocky Mountain region with Wholefoods and Natural Grocers Vitamin Cottage. More Barnanas for me.

Interestingly, a majority of the Barnana team is comprised of tech guys. It seems more and more people are entering the fast growing natural foods space from other high growth industries like tech. I asked Matt why he feels natural foods world is so appealing to techies.

“We are transitioning from a price based economy to a meaning based economy. Not only meaning for your customers, but meaning soup to nuts throughout the entire organization. The notion of meaning is supported across multiple verticals, from the maker revolution to local and organic foods, to the various kickstarter campaigns. It’s simple – people want meaning. And bananas.”

The Barnana guys passion for bananas is beyond belief, and their story is just as good. And – as a runner – I’d rather eat chocolate covered bananas as a snack instead of Hammer gels on a medium run.

The Incredible Waste of Food at Events

I was at the annual meeting for one of our LPs yesterday. Promptly at 10am the took away the breakfast buffet. I was getting a new cup of tea at the time and watched them haul off trenchers of food that would easily feed 50 people. I had the same experience the previous two days at the SERGE event as several of the meals were buffet style and at the end of the meal there was still food for a group that was equal to or larger than us left.

Tuesday night dinner at SERGE was a sit down meal in a ballroom. The food was “ok” but not awesome and when I looked around there was a lot left uneaten, especially the dessert which was about as many calories as the main course. It was a pretty simple four course meal – soup, salad, main, and giant dessert. I found out after that the cost for each person was $300. Now – I’ve had my share of $300 meals – the one we had that night was a $50 meal at best.

I probably wouldn’t have noticed this if I hadn’t had three things connect – the giant waste of food on Monday and Tuesday (which I mentally noted on Tuesday at lunch), the trenchers full of food being hauled away Wednesday morning, and the $300 / person ticket for the mediocre meal at a top end hotel on Tuesday night.

It feels a lot like getting charged $15 / day for Internet service when you stay at a $400 / night hotel. The hotel is just jacking you on price because they can. But it feels worse when it’s a perishable good, like food, that is going to just get tossed in the trash.

I have no clue what to do about it but figured it was worth a rant. Maybe some of you have constructive suggestions.

That Was The Best Tuna I’ve Ever Had

I had a really fun night in Montreal at the opening dinner for the C100 Conference that I’m speaking at tomorrow. The dinner was put on by Accelerate MTL and included some friends as well as a bunch of new people I met tonight.

Dinner was really well done. I sat next to Howard Lindzon who teased and entertained me all night long. Dinner was a pre-set menu so I ordered the non-meat choices and didn’t think twice about it.

I’ve been a vegetarian since I was 19. I eat fish, so I guess I’m a fishetarian or pescatarian or whatever you want to call me, but no beef, chicken, or pork. Once a year I end up accidentally eating some meat (usually on nachos, soup, or something Italian) and I always realize it around 3 am.

The first course was yellowfin sashmi, which was excellent. The second course was some kind of red tuna like thing which I dug into without a second thought. It was easily the best tuna I’ve ever had. Snarf – and gone. I then made fun of my tablemates who were eating a beet salad (which also looked really good.)

Brad: “You guys made the wrong choice – this tuna tartare was awesome.”

Howard: “No seriously, look at the menu, you just ate a plate full of stake tartare.”

I looked. In fact, they’d served me “Tartare de boeuf epice, truffe, parmesan, citron.” Yes – it was the best tuna I’ve ever had because it was in fact steak tartare. And it was awesome.

Much mockery of me ensued. It’s not quite 3 am, but my stomach is doing the once a year “you just ate meat” rumble.